I ventured in Tamriel with The Elder Scrolls Online

Posted on March 3, 2014 by Muriel Salvan Leave a comment

I just got the chance to participate to last week-end Elder Scrolls Online Beta session. Woot!
That was awesome to get back to Tamriel, and I enjoyed it both as a gamer and a developer/tester 😉

I won’t go into the gameplay, strategic decisions and comparisons with other Elder Scrolls games in this post. You can find all this info reading reviews everywhere, with a much better writing than I could do. Moreover I would be totally biased as I am completely addict to this series.

Here are some screenshots that show how beautiful Tamriel is – sorry for the HUD, but I didn’t know how to remove it. 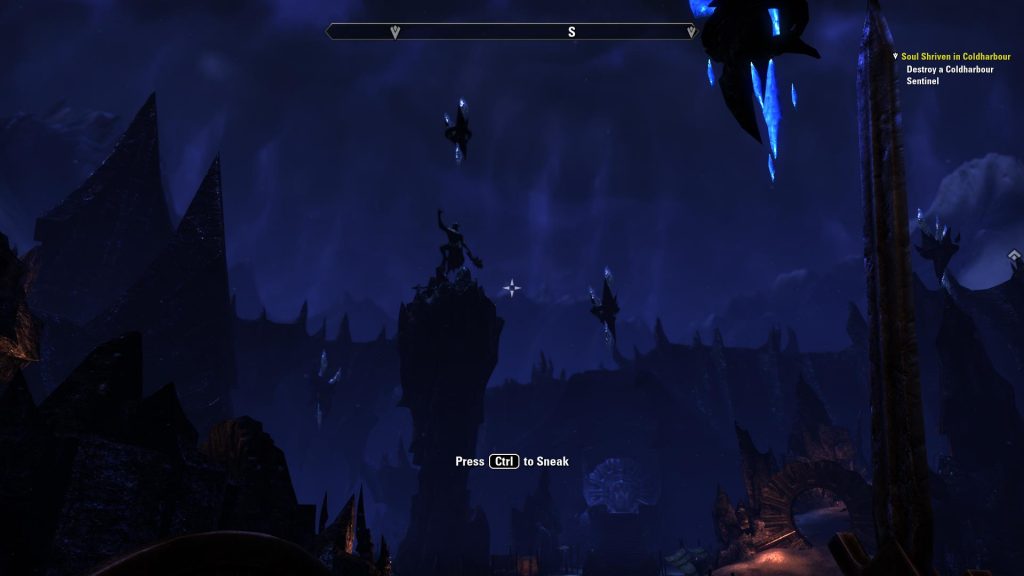 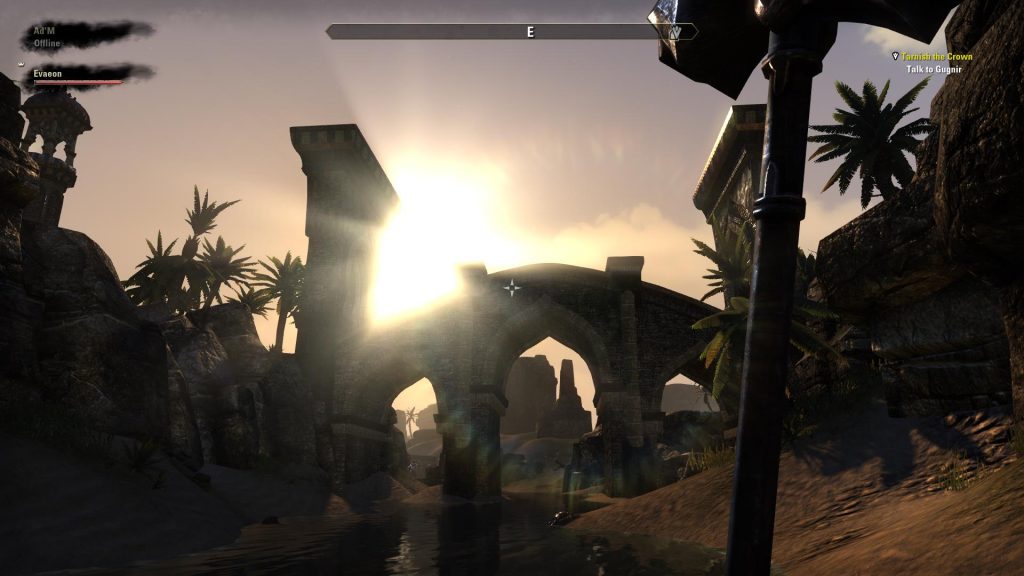 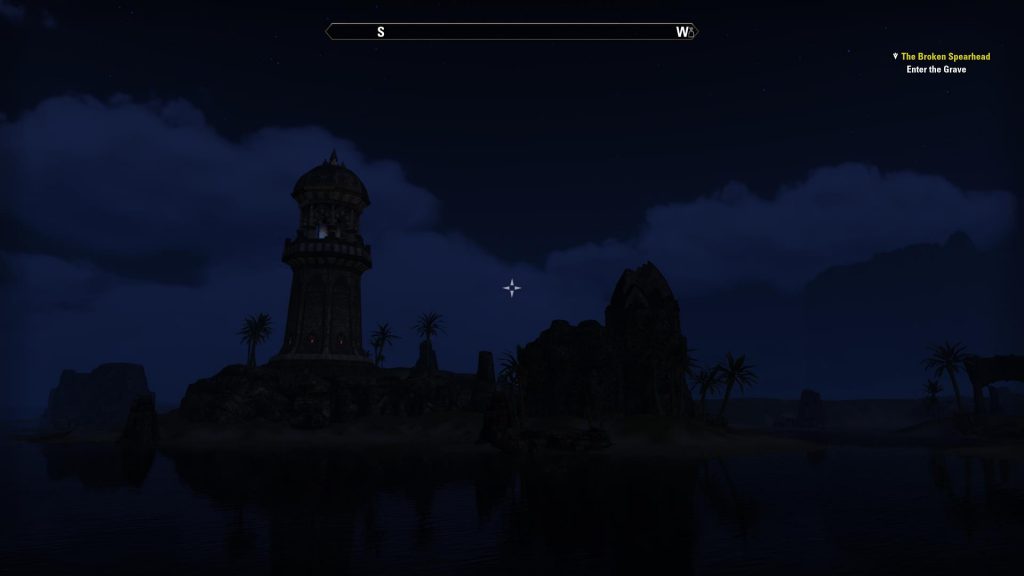 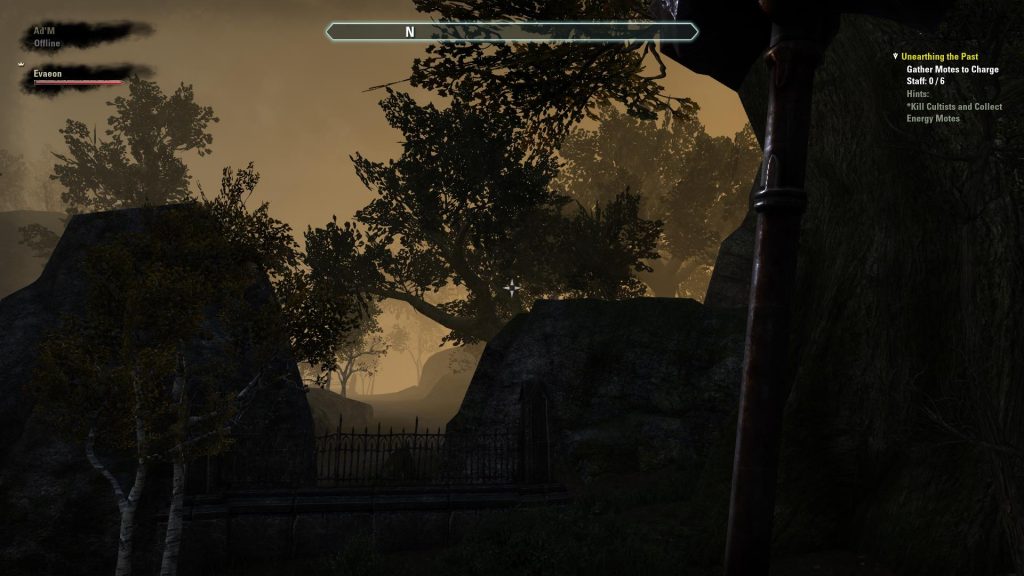 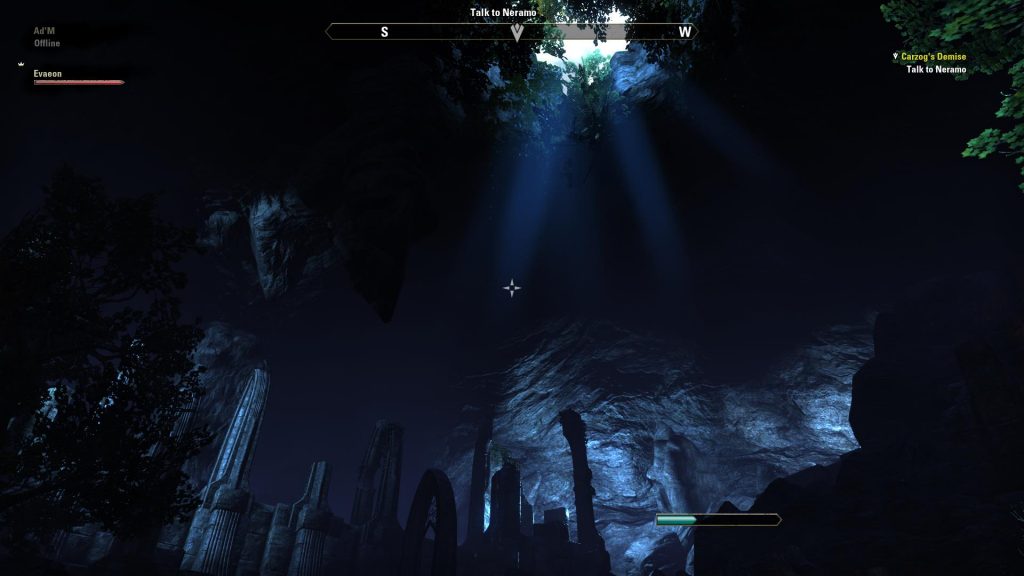 Daggerfall’s mages guild and castle behind 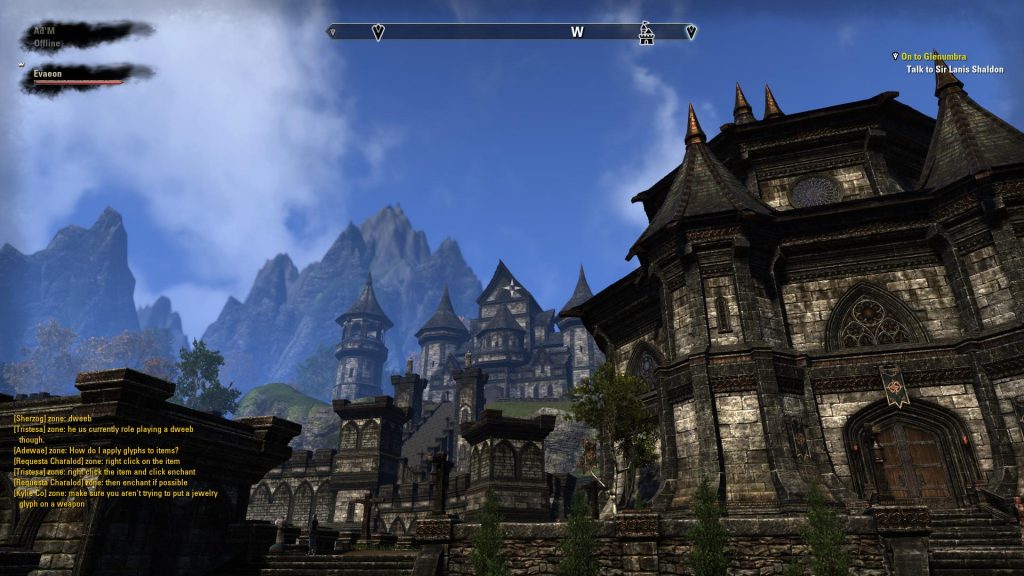 A portal just appeared far away. Really impressive in game! 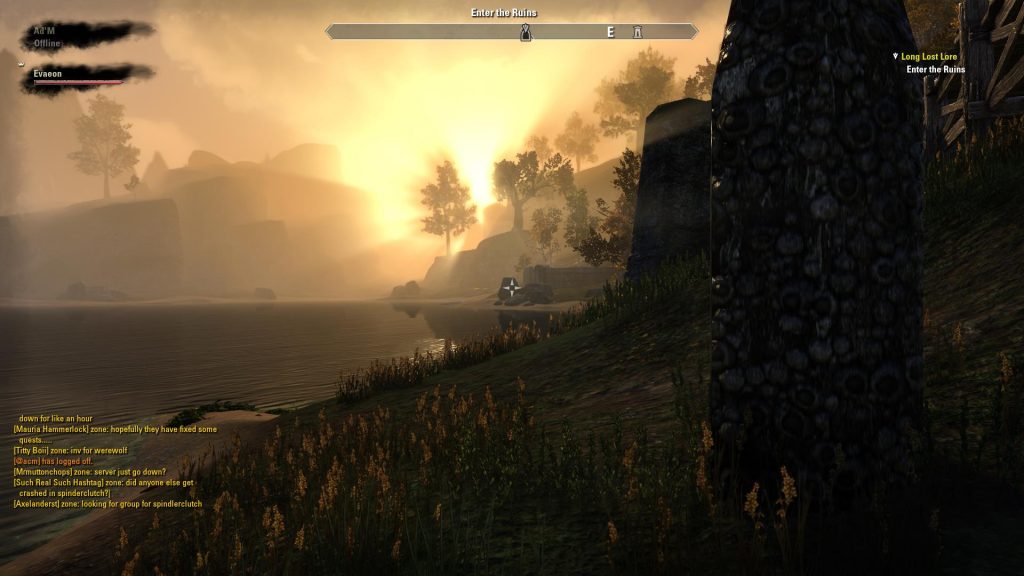 ok, we are on the Internet, so… cats! 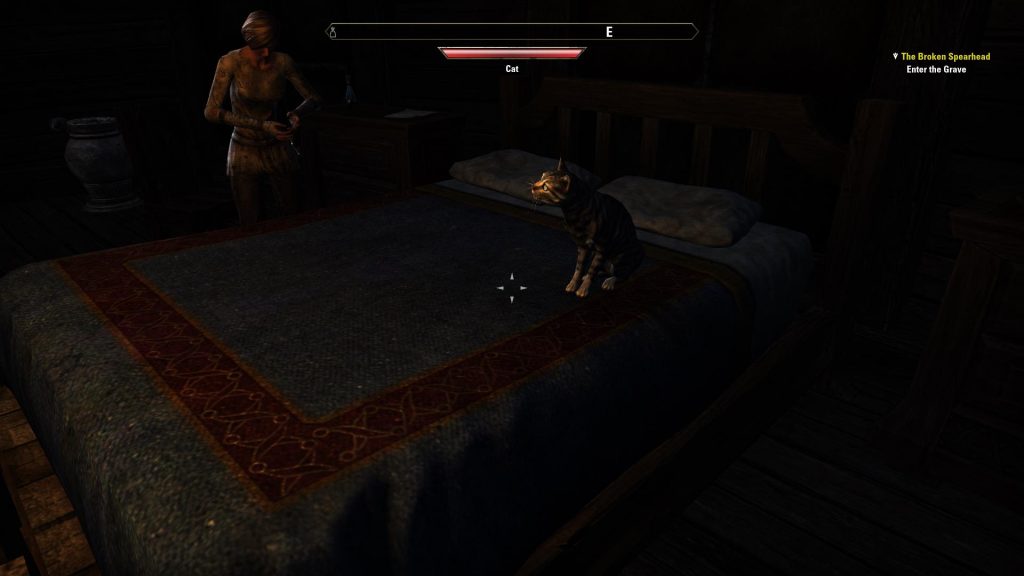 As Bethesda and Zenimax invited me to play this great game, I wanted to show my gratitude by reporting all the bugs I found while playing.
I couldn’t find a report forum or ticket tracker, so I am posting these right here.

Hey Zenimax devs! Thanks a lot for your great efforts in developing such a huge game with so many technical constraints and demands. You’ve made a wonderful job.
Here are the bugs I stumbled upon (from the most annoying ones to me). Hope this will help you put final corrections before launch! Missing scenery from Glenumbra (I still love the effect it gives): 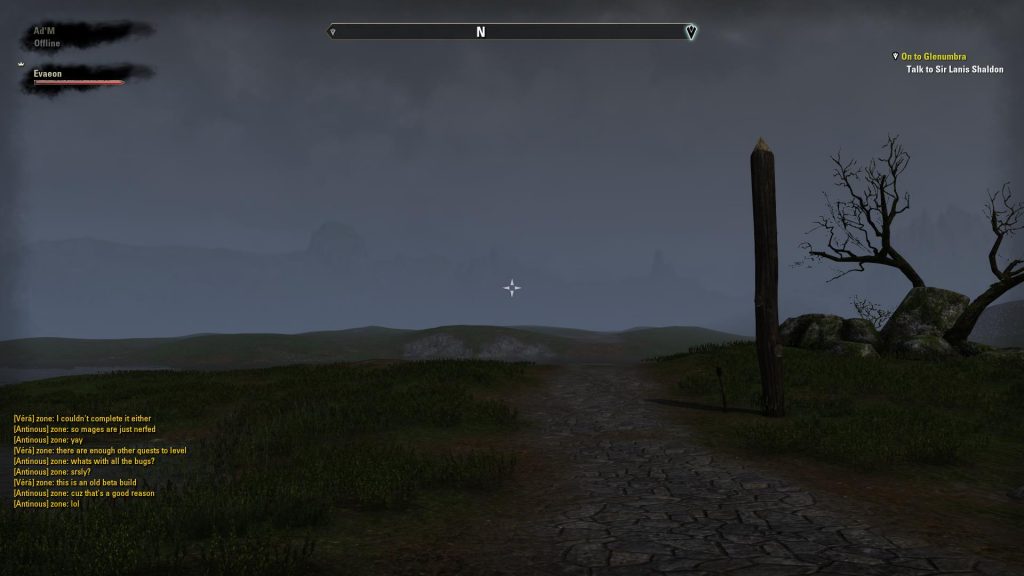 I managed to get into the Daggerfall bank’s safe with this bug: I could get past the safe walls before the scenery was loaded, but I couldn’t get out of it afterward! xD (By the way, you can’t loot it 🙁 ) 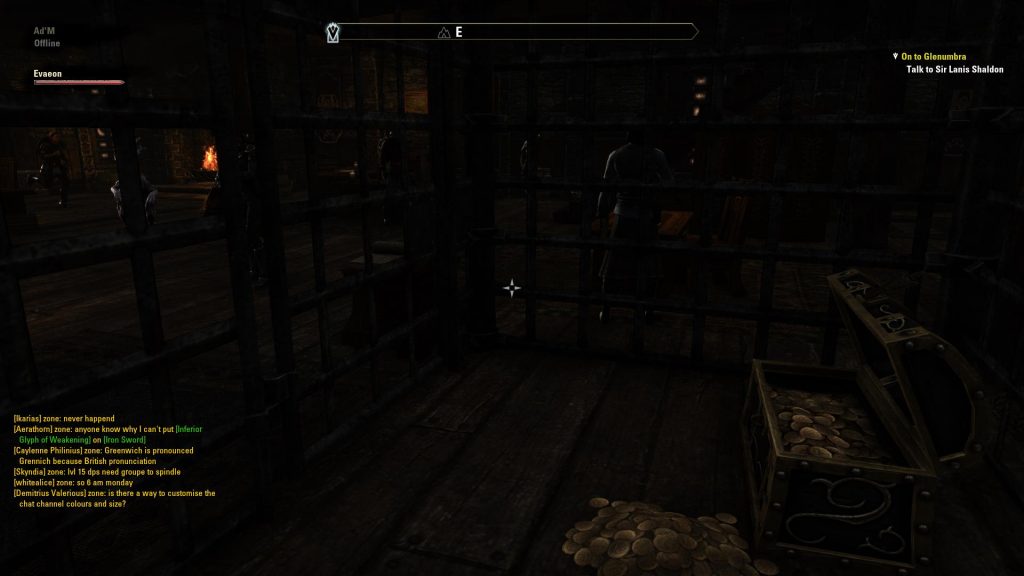 Again in Daggerfall bank, an open hole on the floor! I jumped in it, and got outside of the map. I loved it! 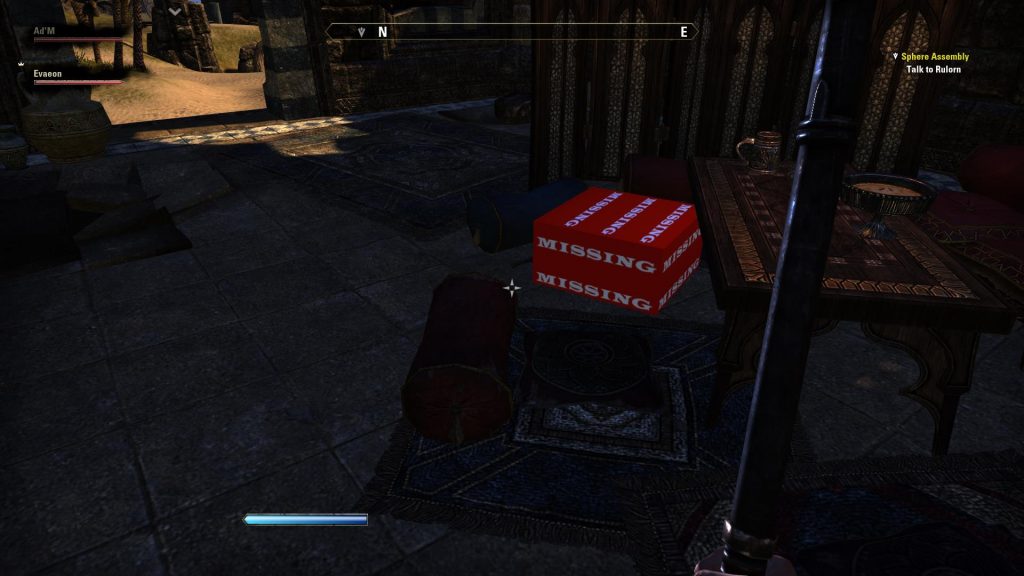 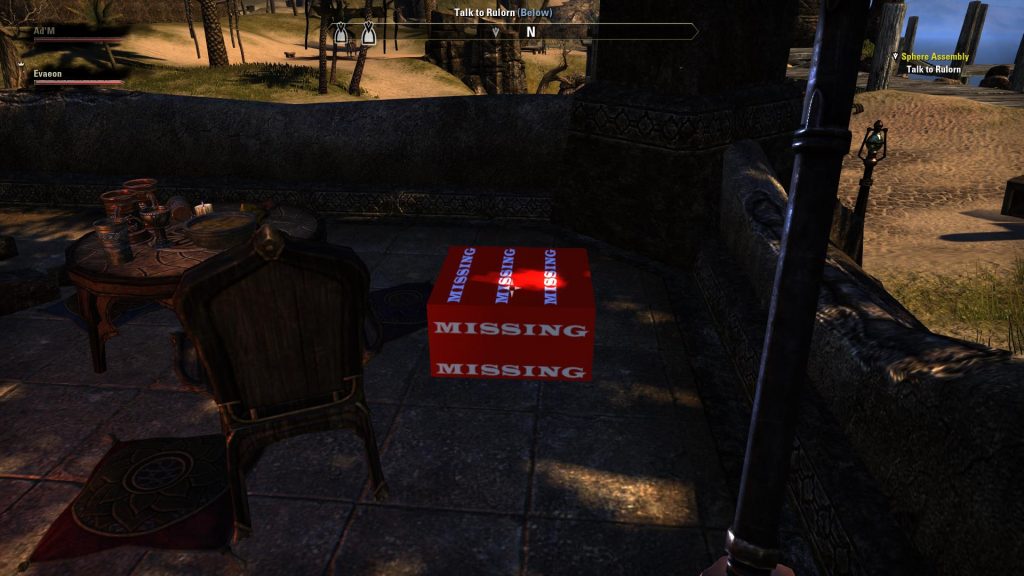 That’s all I got. Happy debugging!